You will get touched by this heartwarming and magical sight

Everyone has surely seen the Disney cartoon «Lion King» in which there are many lovable scenes. But the most imposing one is the Mufasa and Simba moment where the huge lion hugs his baby warmly. Here is the real picture of that wonderful moment caught by the wildlife photographer Sabine Bernet. 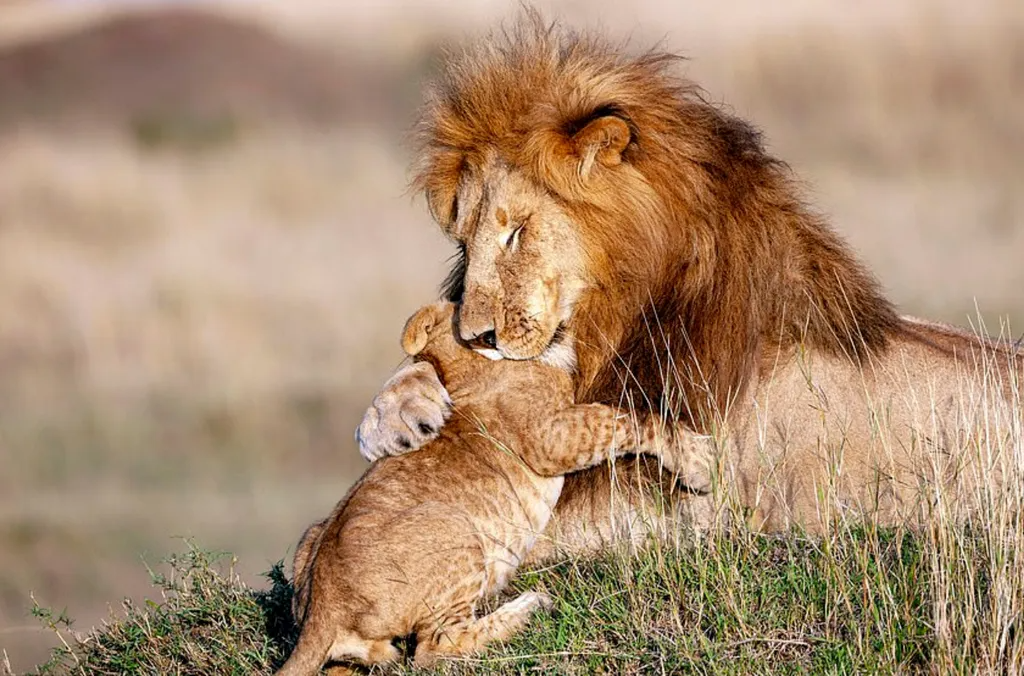 The woman was filming a documentary for children when che came across this fantastic scene. She was amazed and delighted seeing the giant lion hugged his son gently and warmly. 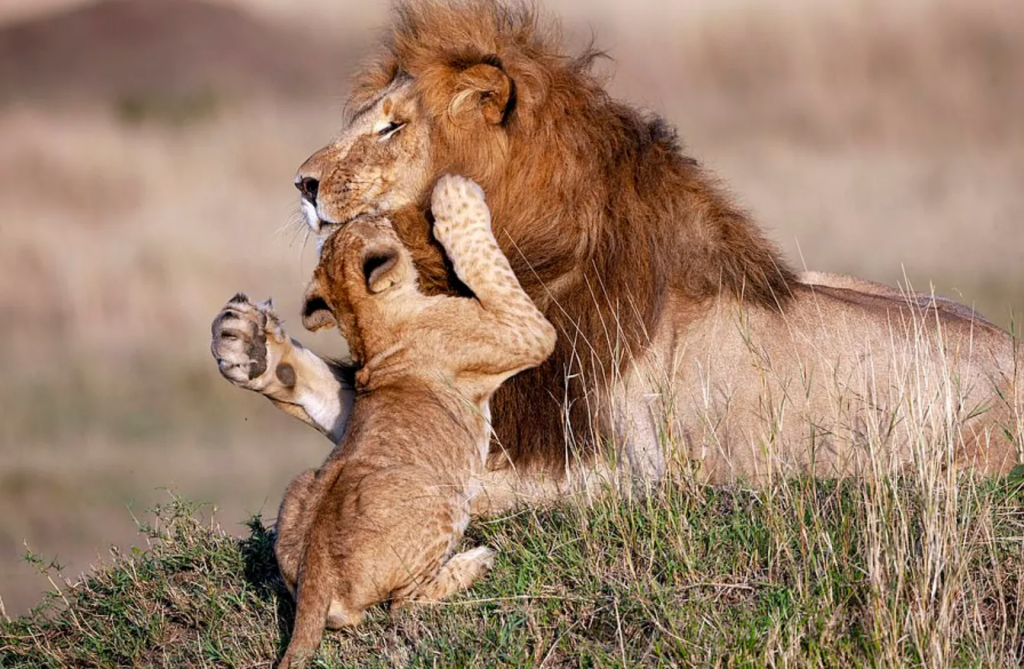 The huge animal was guarding his territory when one of his cubes, who was very active and playful, approached him and wanted to play with him. And what a stunning scene! The powerful lion was playing joyfully with his little baby. And the most lovable moment, which was caught instantly, was their soft and sweet embrace. The fantastic contrast between the brutal and strong animal and his warm and lovely hug was vivid. 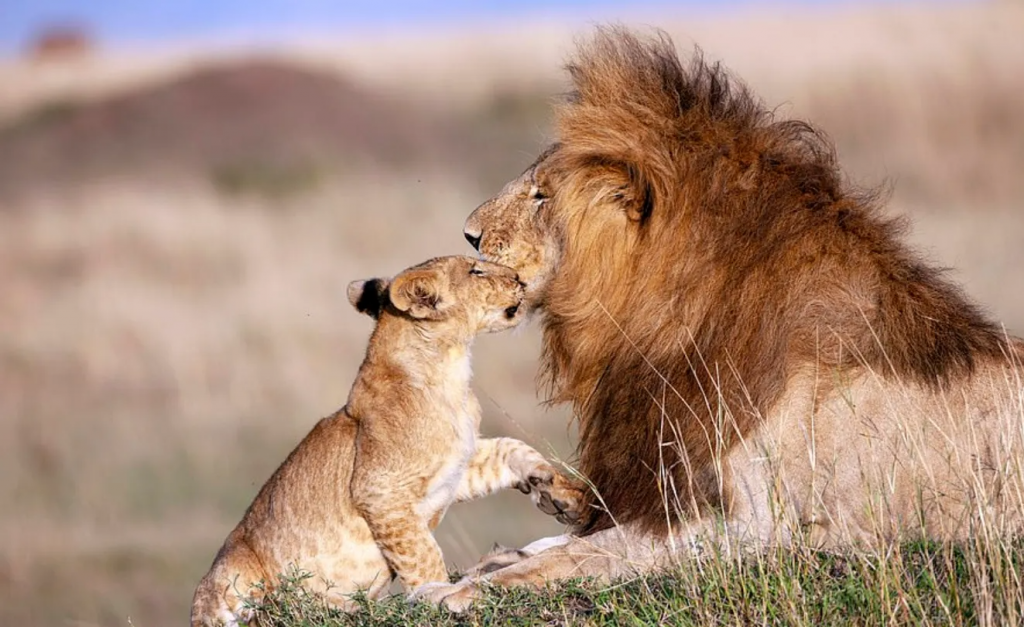 The majestic sight of their warm cuddle under the light of the sun was something really admirable and delightful!