Two beautiful souls found each other

A cat with different eyes, one light green and one blue, and a cleft upper lip, the so-called «harelip,» found a perfect host for him-a boy named Madden, who had exactly the same differences in appearance.

But shortly after he was born, Madden had surgery on his lip, and now he has only a small scar left of the cleft. 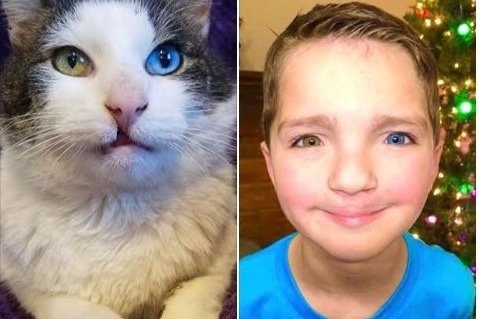 Madden is a 7-year-old boy from Oklahoma. He was born with an eye condition called heterochromia, which means his eyes have different colors. When Madden’s mother learned that a 2-year-old cat with the same abnormality lived in a Minnesota shelter, she immediately knew it would be the best pet for her son. 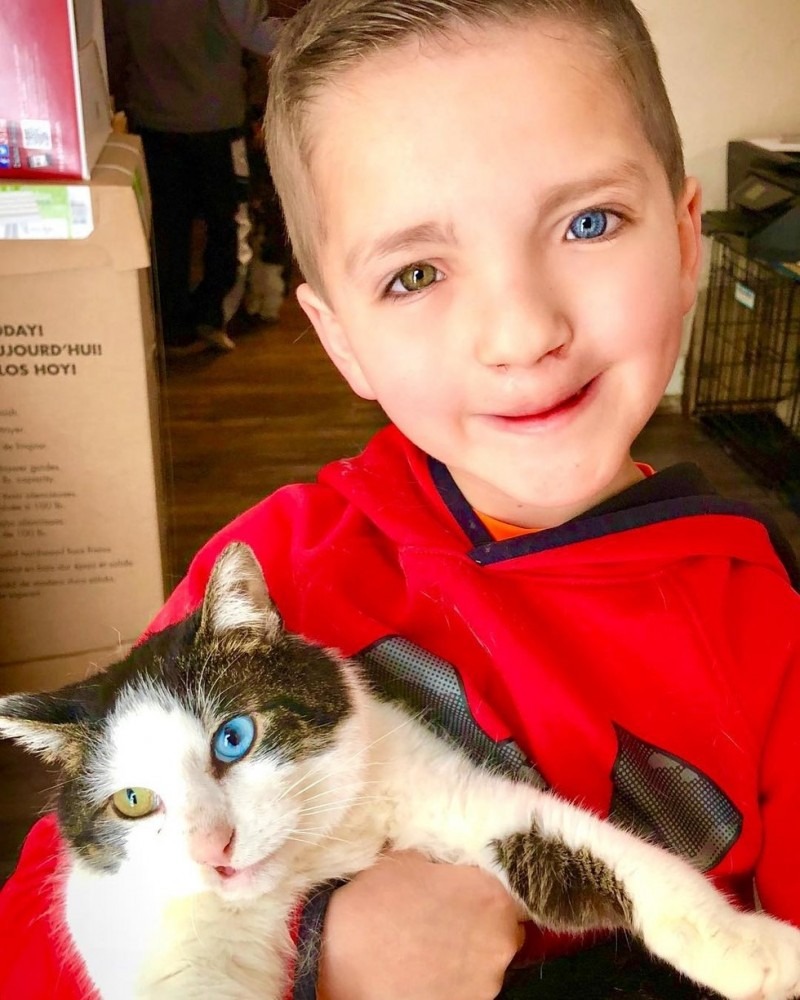 The cat, named Valentine, lived at the Mending Spirits Animal Rescue shelter in Mankato. According to a shelter volunteer, «Valentine is handsome on the outside and also very humble and gentle, but he is very much in need of human attention.» 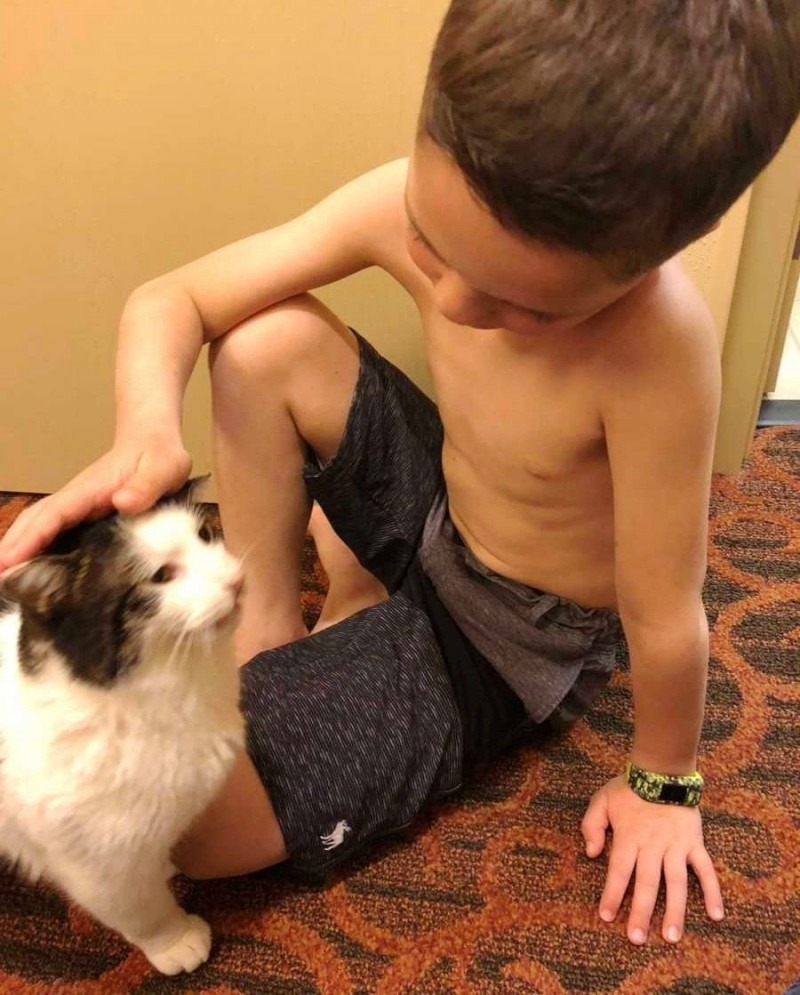 Last weekend, Madden and his parents flew from Oklahoma to Minnesota to pick up the cat from the shelter, and they were donated funds for the trip by acquaintances and simply anonymous Internet users when they learned of the purpose of the trip. 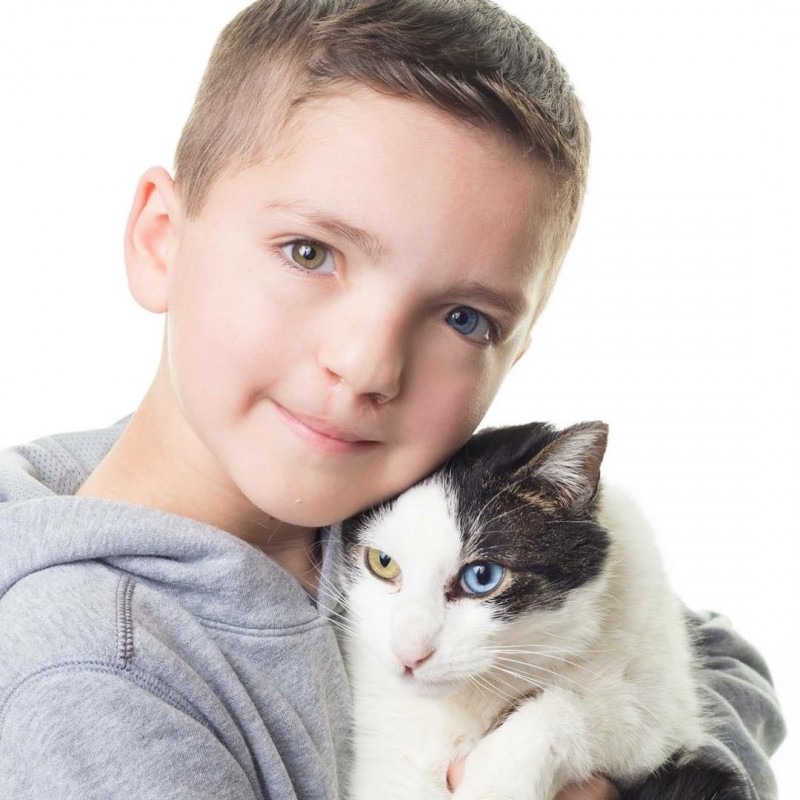 When Madden and Valentine met, a friendship immediately developed between them and the cat cuddled up to the boy affectionately. Then Madden gave the cat a new name, Moon.

«They are both very handsome boys and were born with different eyes and a cleft upper lip. We knew they were meant for each other,» says the boy’s mother, Christina Humphreys.